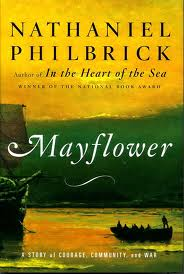 Do you think you know all about the Mayflower? Check out Nathaniel Philbrick’s comprehensive and scholarly account that begins with Mayflower’s voyage in 1620 and ends with the conclusion of King Philip’s War in 1676. These 102 Separatists and Non-Separatists struggled to survive when they arrived in Plymouth and did anything they could to keep from starving or freezing to death. Made up of printers and weavers and other tradesmen, women and children, they were woefully unprepared for the desperate conditions that killed nearly half of them in the first year.

I think Philbrick’s goal in this book is to dispel the comfortable myth of the harmonious relationship between settlers and native Americans, happily sitting at a Thanksgiving table. He tells a much more complicated story of the knotty relationships between the original settlers and their neighboring Indian tribes, who had their own dynamics and conflicts between tribal leaders to manage.

The obvious question is just how did it happen that all the Indians’ land was transferred over to the settlers? An ultimately colossal problem and tragedy, it started with a small act, a trade that seemed fair at the time and was agreeable to both sides. Subsequent trading of land for guns and other English goods also seemed fair to the Indians and the English and Philbrick works to explain how that trading system went terribly bad.

There are many players in this time period, most notably William Bradford, William Brewster, Captain Miles Standish, the Winslows, Massasoit and his sons Alexander and Philip, later known as King Philip. I liked reading about the early political and strategic maneuvering between the English settlers and with the native American tribes. The period of relative peace during these early times was the most interesting to me because it showed the progress and development of communities. Being an Easterner, I also liked thinking about what the land and shorelines were like in New England so many years ago.

Philbrick explains in great detail the events leading up to King Philip’s War and the horribly violent acts committed by both armies. It was also interesting reading about the battles during this war, whose English leaders included Benjamin Church, Major William Bradford and James Cudworth.  There were many confusing alliances between the English and some “friendly” Indian tribes and there were also forced alliances between some Indian leaders, some of whom were women. Philbrick explains the many superior fighting strategies used by the Indians in the forests and swamps.  An ingenious Indian fort built in a Rhode Island swamp shows what shrewd fighters and defenders the Native Americans were during this time.

An excellent and informative read. I started out knowing the basic facts of how America began, and how native Americans taught the settlers how to grown corn and how to use fish as a fertilizer.  Now I know more and the story is a lot more complicated!

Check out another interesting book by Nathaniel Philbrick, In the Heart of the Sea.  Click here to read my review.

3 thoughts on “Mayflower by Nathaniel Philbrick”

Hi Everyone - I’d be so grateful if you followed me on YouTube. 💜 Click link in bio and select Book Club Mom on YouTube. #books #blogging #youtuber
I've updated my Books of 2021 (so far!). Visit my page for links to reviews: bit.ly/2TtYQ5n #bookblogger #bookreviews
We said hi during my walk!
Birthday present from my work friend! 😀
Here are 3 books I want to read this summer! Click link in bio and select Summer reading ideas - what’s in your bag? Or visit https://bitly/3fyJfc2 #summerreading
Celebrating and remembering - Happy Mother’s Day! 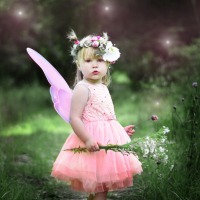 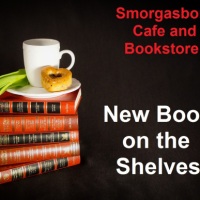