Welcome to a new and occasional feature on Book Club Mom called Book Talk, home to quick previews of new books that catch my eye.

I love reading stories about secrets and the chaos they create. Keeping secrets is one kind of story, but dealing with the mess when secrets are found out is the best kind. That’s why The Magician’s Assistant by Ann Patchett caught my eye. It’s about a charming magician whose sudden death reveals a secret past and family. And this is the mess his widow/assistant has to face.

When Parsifal dies, Sabine discovers that he has been living under a false identity. The family he claimed had died in an accident is alive and are named as heirs in Parsifal’s will. It’s up to Sabine to figure things out.

I’ve had The Magician’s Assistant on my shelf for a few years. Ann Patchett is such a talented writer, I have to get back to her soon! Commonwealth has been waiting patiently on my Kindle and I’ve already read Bel Canto and State of Wonder.

Can someone work a little magic on my schedule to make room for this one? 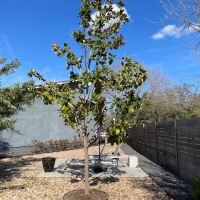