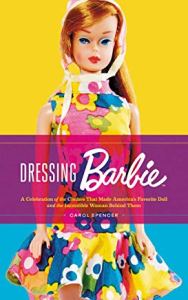 In my room, in the back yard, on the beach and almost always with my friend Nancy, Barbie and her crew were a big part of my childhood. In the 1960s and 70s and admittedly, almost into our teens, we spread out wherever there was space for our dolls, outfits, cases, dream houses, cars, and even a swimming pool. We were open to ideas, and readily included accessories from other toys, whether or not they were exact fits. All the while, we played out scenarios. Many of them were typical story lines for girls back then. Barbie and Ken go for a drive. Barbie and Casey get ready for the prom. Barbie babysits little sister Tutti at the beach. But sometimes our Barbies argued, got lost, wiped out in the surf or fell out of trees.

Introduced in 1959 as a teenage model, Barbie was the brainchild of Ruth Handler, whose husband Elliot founded Mattel with Harold Matson. From the start, Barbie had a spectacular wardrobe. Early outfits resembled the classic style of Jackie Kennedy, including Spencer’s first outfit shown here:

I was especially thrilled when my sister handed down her Barbies and many of these clothes to me because they also included hand sewn and custom knitted outfits, created by our grandmother.

Barbie turned 60 this year. To mark this occasion, Harper Design released a new memoir about one of Mattel’s original fashion designers, Carol Spencer: Dressing Barbie: A Celebration of the Clothes That Made America’s Favorite Doll and the Incredible Woman Behind Them. Spencer was a designer at Mattel for over 35 years and her fashions became ours.

Raised in Minneapolis, Spencer learned to sew as a girl. In 1950, she graduated high school, broke up with her boyfriend and enrolled at the Minneapolis School of Art. From there, she got a plum job as Guest Editor at Mademoiselle, then returned to Minneapolis where she designed children’s wear for Wonderalls and “misses sportswear” for Junior House. Her career at Mattel began when she answered a blind ad in Women’s Wear magazine, seeking a fashion designer. She got the job in 1963 and joined a team of four other designers, under Charlotte Johnson, Barbie’s original stylist. The intense competition between designers resulted in a mini closetful of fun styles for Barbie, Ken, Skipper, Scooter, Casey, Francie, Tutti and friends. And many of Barbie’s fashions were inspired by Spencer’s personal wardrobe.

Dressing Barbie includes pages of beautiful high quality images of a fantastic collection of dolls and clothes. As times in America and across the world changed, so did Barbie and her clothes. From the mod clothes of the 70s, to shoulder pads and big hair in the 80s and 90s, Barbie tried on more than just the latest fashion. New multi-cultural versions of Barbie were introduced, addressing a need for a better representation of girls around the world. New careers also opened up and Barbie became an astronaut, surgeon, CEO and now runs for President every election year. 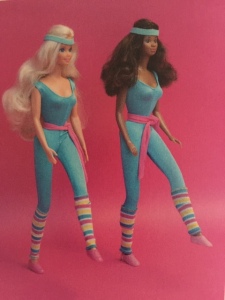 I enjoyed reading about Spencer’s experiences as a fashion designer at Mattel and learning about the process of creating Barbie’s clothes. When Spencer started her career, designing was hands-on, using glue and tiny patterns. Later, computer designs made the job easier, although Spencer had always enjoyed using her hands to craft her ideas. One of the challenges was to find patterns and prints that were suitable to scale for a doll. I had not thought of that and was interested to read how they determined what to use. The Oil Embargo in 1973 also had an impact on Barbie’s clothes because they were no longer able to use polyester, acrylics or nylon fabrics which use petroleum as a base.

Although I eventually outgrew playing with Barbies, I was sorry to put them away. But I never got rid of them – they still live in my closet. I was also sorry that the best-selling Barbie of all time came out long after I stopped playing with them. Totally Hair Barbie, shown here, had a mane of hair I would have totally loved!

Dressing Barbie is a reminder of how important imaginative play is to children. Spencer leaves the reader with these thoughts:

Because I’ve been in the toy industry for so many years, I can’t help but worry about future generations. As play becomes more centered on the virtual world, will children miss out on the real-life experiences and imagination that playing with Barbie dolls offered?

For more information, click here to read a recent article from the New York Times about Carol Spencer and Dressing Barbie.

Images shown above are from the pages of Dressing Barbie.

10 thoughts on “Dressing Barbie: A Celebration of the Clothes That Made America’s Favorite Doll and the Incredible Woman Behind Them – Carol Spencer” 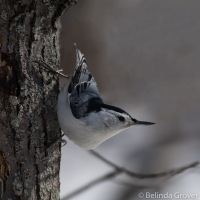 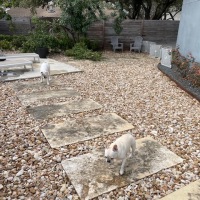