Welcome to an occasional feature on Book Club Mom called Book Talk, home to quick previews of books that catch my eye. 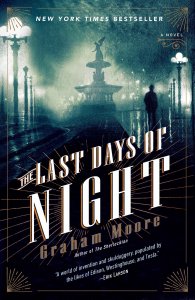 You never know when you’re going to hear about a good book to read. Today I traded texts with a friend of mine and she told me about a great book she’s reading right now.

The Last Days of Night is about a young lawyer named Paul Cravath, who is hired by Westinghouse. Westinghouse is being sued by Edison over the light bulb debate.

Here is part of the book blurb from Amazon:

The case affords Paul entry to the heady world of high society—the glittering parties in Gramercy Park mansions, and the more insidious dealings done behind closed doors. The task facing him is beyond daunting. Edison is a wily, dangerous opponent with vast resources at his disposal—private spies, newspapers in his pocket, and the backing of J. P. Morgan himself. Yet this unknown lawyer shares with his famous adversary a compulsion to win at all costs. How will he do it?

In obsessive pursuit of victory, Paul crosses paths with Nikola Tesla, an eccentric, brilliant inventor who may hold the key to defeating Edison, and with Agnes Huntington, a beautiful opera singer who proves to be a flawless performer on stage and off. As Paul takes greater and greater risks, he’ll find that everyone in his path is playing their own game, and no one is quite who they seem.

The Last Days of Night was named one of the best books of the year by The Washington Post and The Philadelphia Inquirer.

…and a little about the author, from his website:

Graham Moore is a New York Times bestselling novelist and Academy Award-winning screenwriter. His screenplay for THE IMITATION GAME won the Academy Award and WGA Award for Best Adapted Screenplay in 2015 and was nominated for a BAFTA and a Golden Globe.

I’m going to have to make time for this one! What great books are waiting for you? 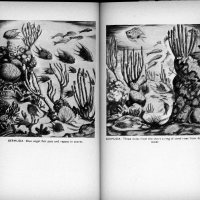 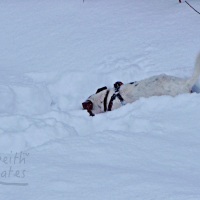 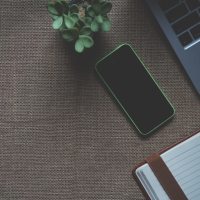