Last week I scored big on a library book. My Facebook friends group is about to discuss Evvie Drake Starts Over by Linda Holmes. The holds list is a mile long, but I was able to grab the one-week rental copy (no holds allowed) and read it quickly! It worked out great. (Read my review here.)

But now I’m in a bit of a library holds bind. Many of my other holds on new and popular books have come in at the same time. I have one eAudiobook on my phone and three eBooks on my Kindle and the clock is ticking!

It’s a little ambitious to think I’ll be able to read the three eBooks in the two-week period, but I’m going to try. I’m not so sure if I’ll have time for the eAudiobook, though. The good news about that one is that my eBook hold of the same title is coming up soon!

Here’s what’s on deck. (All book blurbs are from Amazon.)

The Warehouse by Rob Hart

I’ve seen a lot of blog reviews about this one and have already started the audio of this one.

Cloud isn’t just a place to work. It’s a place to live. And when you’re here, you’ll never want to leave.

“A thrilling story of corporate espionage at the highest level . . . and a powerful cautionary tale about technology, runaway capitalism, and the nightmare world we are making for ourselves.”—Blake Crouch, New York Times bestselling author of Dark Matter

The Escape Room by Megan Goldin

I didn’t think I’d get this one so fast. My mystery book club at work is going to read it…next June! I’ll probably read it twice.

“One of my favorite books of the year.” ―Lee Child

“Cancel all your plans and call in sick; once you start reading, you’ll be caught in your own escape room―the only key to freedom is turning the last page!” ―Kirkus Reviews (starred)

We Are All Good People Here by Susan Rebecca White

I saw this one reviewed by a few bloggers and it sounded interesting to me.

From the author of A Place at the Table and A Soft Place to Land, an “intense, complex, and wholly immersive” (Joshilyn Jackson, New York Times bestselling author) multigenerational novel that explores the complex relationship between two very different women and the secrets they bequeath to their daughters.

Saw this reviewed and wanted to read it!

JOSEF is a Jewish boy living in 1930s Nazi Germany. With the threat of concentration camps looming, he and his family board a ship bound for the other side of the world . . .

ISABEL is a Cuban girl in 1994. With riots and unrest plaguing her country, she and her family set out on a raft, hoping to find safety in America . . .

MAHMOUD is a Syrian boy in 2015. With his homeland torn apart by violence and destruction, he and his family begin a long trek toward Europe . . .

All three kids go on harrowing journeys in search of refuge. All will face unimaginable dangers — from drownings to bombings to betrayals. But there is always the hope of tomorrow. And although Josef, Isabel, and Mahmoud are separated by continents and decades, shocking connections will tie their stories together in the end.

We have a feature at our library that allows you to “freeze” specific holds and not lose your place in line. I haven’t tried that, but I’m thinking it would be a good idea.

I’m going to try to read all of them before they are due. Which would you read first? What’s your library book strategy? 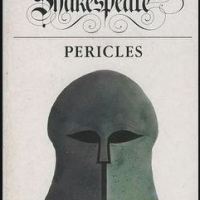