Carry On
by
Rainbow Rowell

Here’s an example of how my reading tastes may get in the way of a proper review. I downloaded this book on a whim. I knew it was Young Adult, a genre I usually like, but I didn’t read about what Carry On was about ahead of time.

Carry On is a teen love story that takes place at a magic school outside of London. The magic people are at war because the Insidious Humdrum is eating holes into the atmosphere. If the Humdrum goes unstopped, the world of magic will disappear.

Simon Snow is in his last year at Watford School of Magiks and he is the chosen one, the only mage who has a chance of defeating the Humdrum. He’s an orphan and is under the tutelage of the school’s director, The Mage. But Simon is clearly not ready to take on his predetermined role in defeating the Humdrum. He is often clueless and his spells need work. At Watford, he has a girlfriend, Agatha, a best friend, Penny and his nemesis roommate, Baz, is a vampire. Despite their magic, the four are typical teenagers with the usual problems and angst.

The story begins in the fall of the kids’ last year at Watford. Simon is glad to be back after a summer with the Normals. When Baz is late returning to school, Simon is both relieved, but strangely worried. It’s the first sign that something is going terribly wrong at Watford. Will Simon and Baz be able to get past their problems and will the friends be able to stop the Humdrum? Can they count on The Mage, who’s often away, to help them?

I don’t want to spoil the story for fans of this type of book. Rainbow Rowell is a popular writer in this genre. Simon is also a character in another one of her books, Fan Girl, a fanfiction story. But Carry On is written in the first-person point of view of each character, so it’s a separate story. I must also mention the obvious similarity to Harry Potter. There are heated debates about whether this is okay. I’m not at all into Harry Potter (I know, sorry…) or fanfiction, so I will only just mention it. I also found the audiobook a little confusing because the subtle changes in the narrator’s voice made it hard to know who was talking.

But I thought the story was well developed, with good building tension in the plot. There are clear good guys, villains, some I was unsure about and plenty of lesser characters that make important appearances later on. For me, the plot was a little too crazy and the finish was really out there. Fans are guaranteed lots of magic and vampire stuff, plenty of romantic twists and an action-packed conclusion. I thought the wrap-up was good because it gave me a clear view of how the characters will move on with their lives in the second book of the Simon Snow series, Wayward Son.

So for me, just okay, but I’m clearly not the designated reader. I was glad to learn more about the genre, however, and think those who like books about magic and vampires would enjoy Carry On.

22 thoughts on “Audiobook Review: Carry On by Rainbow Rowell” 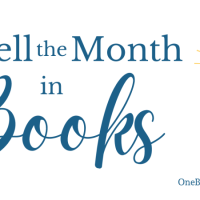 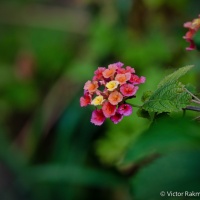