Here’s a very different story about nine people who sign up for a ten-day cleanse at Tranquillum House, a pricey boutique health and wellness resort in Australia. Its guests expect mindful eating, meditation and a break from their bad habits, unhealthy lifestyles and failures. Some of the guests just want to lose weight or cut back on alcohol, one couple wants to work on their marriage, and others have more specific issues. The director promises a complete transformation.

“Right now you’re at the foot of a mountain and the summit seems impossibly far away, but I am here to help you reach that summit. In ten days, you will not be the person you are now,” promises Masha, Tranquillum House’s director.

The attendees are indeed strangers, but as expected, they will soon learn a great deal about each other. Frances Welty is a successful romance novelist, but she’s been burned in a relationship and she may be losing her touch as a writer. Ben and Jessica are a young couple whose lives should be great after winning the lottery, but their marriage is in big trouble. Napoleon, Heather and Zoe Marconi are there to brace the third anniversary of Zoe’s brother’s death. Tony Hogburn, a former football star, is divorced and out of shape. Carmel Schneider is a single mother of four young girls, whose husband left her for someone new. And Lars Lee is a handsome divorce lawyer struggling with relationship problems.

The cleanse includes the expected smoothies, fasting, massages and meditation. Masha and her assistants Yao and Delilah also impose an unexpected “noble silence” which forbids talking and eye contact with each other. And there’s more to come.

Frances knows that some of the practices at Tranquillum House are unconventional. Her massage therapist warned her and said, “Just don’t do anything you’re not comfortable with.” But other than fasting and silence, which is pretty uncomfortable, Frances feels pretty good. And so do others. They have all put their trust in Masha, mostly.

Here’s where the story gets interesting because Masha isn’t an ordinary health resort director. She’s a Russian immigrant who’s undergone her own major transformation. Once an aggressive corporate star, she didn’t take care of herself and nearly died. Her eventual awakening motivated her to reinvent herself and  teach others how to do the same.

What comes next for the guests is indeed unconventional.

I downloaded Nine Perfect Strangers on a whim, looking for something to listen to while I walked. I’d listened to Truly Madly Guilty a couple years ago and liked it. And I read What Alice Forgot in 2014 and enjoyed that story too.

Nine Perfect Strangers is described as a mystery, suspense and thriller and that is basically true. But it’s a bigger story about flawed people who change in some ways, but also embrace who they are. I enjoyed listening to this story and the narrator does a great job with the voices. I think the audio version is all the better because of her portrayal of Masha, who to me is the most interesting character in the story. I recommend Nine Perfect Strangers to readers (and listeners) who like a good, long story about relationships, overcoming grief and personal and family crises. 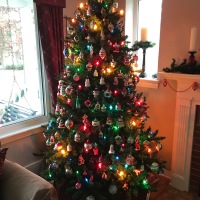 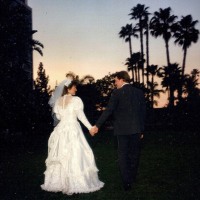