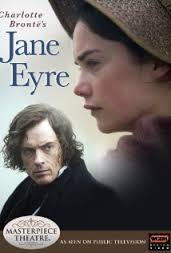 I’m so pleased to welcome my guest blogger, Charlotte Porter of Momaste.  She has written a review of the 2006 Jane Eyre mini-series, which appeared on BBC. After reading Charlotte’s review, I’m reminded of all the things I love about Jane Eyre, and I know I will be re-reading it very soon!

I’ve posted her review below – enjoy!

Over the past decade, I’ve morphed from a party-girl who went out dancing three times a week, to a motherly-matron who considers BBC shows and Masterpiece Theatre just splendid.  During a recent sick day, while my kids were at school and daycare, I was afforded the luxury of devoting five hours on the couch to watching the 2006 adaptation of Jane Eyre, starring Ruth Wilson and Toby Stephens.

Jane Eyre is my all-time-favorite book (okay, so maybe I consumed my fair share of Victorian lit in between aforementioned partying).  I read the Bronte novel for the first time in high school, studied it extensively in college, and have read it about five more times, just for fun (yeah, I’m also “that girl” who reads Victorian literature “for fun”).  Reading Jane Eyre inspires every tiny hair on my arms and neck to quiver in delight.

Jane Eyre was written by Charlotte Bronte, and published under the masculine name Currer Bell in 1847, a time when it was still considered shocking or improper for the fairer sex to write a book (insert feminist eye roll here).  It is the story of an orphaned girl, sent away to a cold, cruel boarding school after being abused and traumatized by her hateful aunt.

Against all odds (and typhus), Jane edifies herself, becomes a proper governess, and lands a position at gothic Thornfield Hall.  At Thornfield, Jane tutors a young, French charge (and potential offspring), of the mysterious and mercurial Mr. Rochester.  Jane and Rochester quickly become drawn to one another, but in typical Victorian fashion, their love is not to be.  So ensues many dramatic plot twists and turns until everything comes together in a perfect ending.

Jane Eyre has a little bit of everything- poverty, feminism, religion, the supernatural, morality, and passion.  Oh, and let us not forget the crazy woman in the attic!  Each time I read it, I pick up on different themes and symbols, but I always put it down feeling as though I have been transported.

What Jane Eyre does not have is many good film adaptations.  Attempts have been made to adapt this complex tale for the screen.  Try though they may, the versions out there are campy, poorly cast and lazily produced.  They often focus too much on the romantic themes and gloss over all of Jane’s significant personal and moral transformations.  Until this recent sick day, I had resigned myself to life without ever watching my favorite book come alive on the screen.

The 2006 BBC miniseries was directed by Susanna White and written by Sandy Welch.  Ruth Wilson, looking as though she stepped straight out of the book, aptly played the title character.  In the story, Jane’s appearance is significant for its insignificance.  She is described time and again as small, plain and poor, although she is seen by Rochester to have an almost other-worldly quality about her as well.  I was happy to see that this version did not gussie her up, and that they found the difficult and delicate balance between severity and sylph in her appearance.  Wilson captured all the complexities of Jane’s personality- her meek and proper English features as well as her strong will and passion.

Rochester was played by Toby Stephens.  While I enjoyed his performance, and found his Rochester dark, brooding, tortured, and equally passionate as Jane, I did think that Stephens was a little too attractive for the part, especially at the end when he is supposed to be maimed by tragic circumstances.  On one hand I did not mind his winsome appearance.  On the other hand, I felt like the director maybe didn’t trust audiences enough to still love a truly ugly and disfigured Rochester as much as Jane does.

The scenery, costuming, and set design in this version are spectacular.  Thornfield Hall is exactly as I pictured it in the novel- towering and mysterious.  There are many lush outdoor shots of the English countryside; moors, streams, gardens, and rolling hills that absolutely take the breath away.

The mini series is quite true to the book with a few relatively minor sleights of hand.  Since it is four hours long (plus commercials in my case, as I watched it on the Ovation channel), they were able to take their time and tell the story fully, as opposed to some of the more condensed versions.  As a therapist, I liked how flashbacks were used in remembering Jane’s traumas.  I also liked that Jane’s dreams were included in the movie, as I remember finding them very significant when studying the book in college.

My favorite scene was between Jane and Rochester, in which they wrestle with the impossibility of their relationship and morality.  In the book, Bronte devoted pages to this conversation, but in the movie it is a flashback sequence of a little more than three minutes.  Those three minutes are so emotionally and erotically charged they capture the couple’s torment.  In the book, the passage is very chaste, and in the movie it is also quite clean, however the passion between Jane and Rochester is palpable, and gives a sweet little taste of the secret and sexy undercurrent of the Victorians.

Watching this version of Jane Eyre might have been the best spent five hours of my life.  It was, at least, the best way I’ve ever spent a sick day.

Jane Eyre, the BBC mini-series can be purchased from Amazon, or found online through PBS or the BBC.

Thanks for visiting!  Be sure to check out Charlotte’s blog, Momaste at: http://momasteblog.wordpress.com/

Kind of cute!
Pretty even on road and wet #fall #walking
#fall errands
Summer, hanging on.
I thoroughly enjoyed reading The Address by Fiona Davis. Click link in bio and select the image you see in this post to read my review. #bookreview #blogger #historicalfiction
Hi Everyone - I'm over on YouTube sharing some fun books! Click link in bio and select "Fun Books for Readers and Writers!" #youtuber #booktalk #coloringbooks 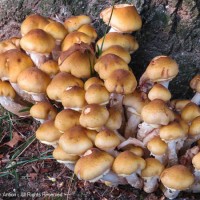 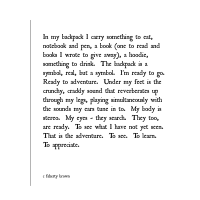