In the Heart of the Sea
by
Nathaniel Philbrick

I had a general idea about what life as a whaleman was like in the 1800s. Things were a lot harder for everyone back then, so in my mind, I added the risk of being on a ship in the high seas and trying to harpoon a huge whale while standing in an open row boat.

That sounds hard enough, but after reading In the Heart of the Sea, by Nathaniel Philbrick, I came to understand that while whaling was a lucrative enterprise for the ship owners, captains and officers, it was also a seriously dangerous business for everyone on the ship. Nantucket whalers were out at sea for long periods of time, and once the whaling business had exhausted the local supply of sperm whales, ships had to sail all the way around South America and into the open Pacific to catch their whales.

In the Heart of the Sea is the true story of the whaleship Essex, a ship with a crew of twenty-one men. Its captain, George Pollard, was twenty-eight years old and this was his first time commanding a ship. His first and second mates were experienced sailors, but many of his crew were young and inexperienced, including Pollard’s young cabin boy, Thomas Nickerson, Pollard’s cousin, who was only fourteen when the ship set sail in 1819.

The ship was already battered by the time it made it around Cape Horn. But then it was attacked and sunk by an eighty-five foot sperm whale, whose nose is built like a battering ram. With only three remaining whaleboats and a limited supply of hardtack and fresh water, Captain Pollard and his crew salvaged what they could, rigged up some makeshift masts and sails, and did the best they could to aim towards land. But they were smack in the middle of the Pacific, in boats that were mostly meant for rowing.

What impressed me most about their situation was just how huge the Pacific Ocean really is. These men were thousands of miles away from South America and had limited knowledge of the few Pacific islands that dotted to the west. They had to sail wherever the prevailing wind took them or they drifted aimlessly when there was no wind, or they were blown wherever the storms sent them.

Only eight men survived and the shocking story of what these men suffered and did to survive is nearly beyond comprehension. They resisted traveling to islands to the west because they were afraid of natives and cannibalism. But in the end, Pollard and his surviving crew had to resort to the very same, at one point drawing lots to see who would become the next crewman to die and be eaten.

This is a story of extreme hardship and human challenge and it is both fascinating and appalling. Herman Melville was so taken by the whale in the story of the Essex, he was inspired to write Moby-Dick.

Philbrick conducted a tremendous amount of research for this book. He’s a terrific story-teller and you hardly notice that you’re actually reading a history book. There are lots of details about life on the predominantly Quaker island of Nantucket and about the valuable whale oil.

The most shocking part of the story is the account of cannibalism, and the fact that the men who died first were the black crewmen. They were already weaker because on the ship, they had more meager provisions than the rest of the crew. And although men were paid by rank, not color, the blacks were not treated well by ship captains and were quartered in the worst part of the ship. The reaction to all this back home was mixed. There was a degree of acceptance due to how severe the conditions were, and although Captain Pollard went on to command another ship, he spent most of his later years as the town watchman and was troubled by his experience.

It’s no surprise that In the Heart of the Sea has already been made into a movie by Ron Howard, starring Chris Hemsworth, Benjamin Walker and Cillian Murphy. The movie will be in theaters in December 2015. Check out the book first and you’ll be ready!

If you liked In the Heart of the Sea, you may also enjoy Mayflower.
Click here to read my review. 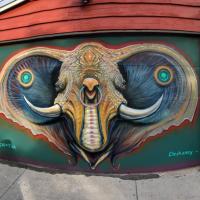 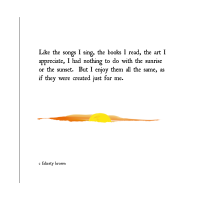