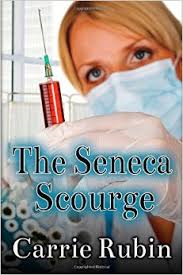 The Seneca Scourge
by
Carrie Rubin

It started with a cough and a sneeze on an airplane, but it became much more. One sick man brought more than luggage home from a long trip that began in Nairobi and ended in the coastal town of Seneca, Massachusetts.

“Did you ever think you’d be caught up in something so big?” That’s what Dr. Sydney McKnight overhears in the hallway of Boston General Hospital. They don’t know the half of it, she thinks. Sydney is an infectious disease fellow when a baffling flu pandemic strikes and threatens catastrophic losses, with no cure in sight. Doomed patients fill hospital beds while doctors and nurses scramble to treat a puzzling strain of Influenza C.

Leading the research team is the renowned Dr. Casper Jones, a new infectious disease attending physician. He may be there to help, but there’s something strange about Casper. His perfect features, impeccable attire and unusual way of speaking raise flags and the more Sydney gets to know him, the more questions she has. For one, she wants to know about the new orderly, Jackson Bryant. She has spotted Jackson talking secretively with Casper more than once. What is their relationship and why has she never seen Jackson on her shifts?

Sydney’s part-time boyfriend, Dr. Mitch Price doesn’t trust Casper either, but for different reasons.  Mitch is certain that their cooling romance is because of Casper. Maybe it is or maybe there’s just not enough spark to keep it going. They hardly have time to ponder the reason, as more and more people fall sick. But Sydney knows she can’t put Mitch off forever.

As doctors, nurses and staff rush from room to room, and more patients die, they wonder if this is just the beginning. Strange as he is, could Casper save the day?

The Seneca Scourge is a dramatic medical thriller with a quick-moving plot and an exciting science fiction twist. Author Carrie Rubin hooks the reader with the story of a deadly virus and takes it to new dimensions as she examines the ethics behind developing a cure. Sydney hits many roadblocks as she tries to understand hidden motives, strange dynamics and big secrets. And when she finally discovers the villain, it may be too late. Can the story’s sleeper heroes beat the bad guys?

Rubin tells a very good story. Her style is casual and fluid, filled with subtle humor, interesting characters and a nice dose of young professional angst. Just enough medical jargon and descriptions show how hospitals run and the politics within, an added reader interest. The story’s finish leaves some unknowns, giving the reader a bit to think about.  It’s a well-crafted debut novel.

I recommend The Seneca Scourge to thriller and science fiction readers who like to jump into exciting plots. And click here to check out Rubin’s second medical thriller, Eating Bull.

Have you met these indie authors?

Here’s a recap for January and February 2016.  Be sure to click on the author’s name to view the full indie author profile. 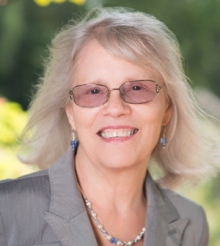 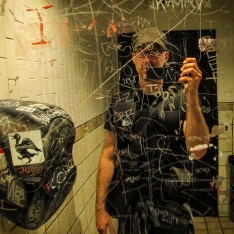 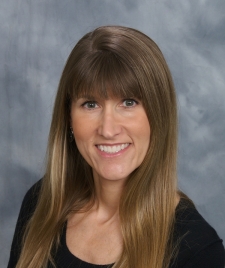 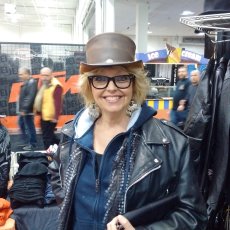 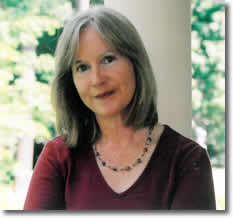 Genre:  Historical fiction, romantic suspense, inspirational nonfiction.
Book:  The Munich Girl: A Novel of the Legacies that Outlast War.
Favorite Book:  Big Magic: Creative Living Beyond Fear by Liz Gilbert
Biggest Challenge:  Finding creative ways to make a book discoverable.
Contact Information: You can find Phyllis at her website, Leaf of the Tree, on Twitter: @phyllisring, on her Amazon Author Page, and on her Goodreads Author Page. 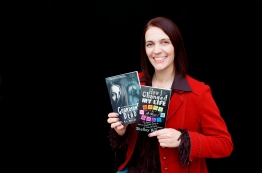 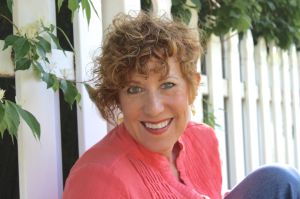 Genre:  Women’s Fiction
Books:  In the Context of Love
Favorite Book:  Gilead by Marilynne Robinson
Biggest Challenge: Being published by a small press means not getting the big advance that another author might get from a big New York publisher.
Contact Information: Linda’s website – lindasienkiewicz.com; Twitter – @LindaKSienkwicz; Facebook – lindasienkiewicz.author 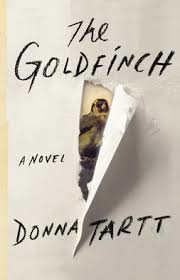 What’s it about? A thirteen-year-old boy survives an accident that kills his mother. To maintain a connection to her, he steals a priceless painting. But though the artwork is his tether to her, it’s also a constant source of guilt, one that grows like a cancer as he gets shuttled from a wealthy, New York family who took him in to the father who had previously abandoned him. His angst and suffering continue into adulthood and lead him into the seedy underbelly of the art world.

How did you hear about it? In the news shortly after it won the Pulitzer Prize in 2014, though I didn’t read it until recently for a book club.

Closing comments: I give the book two different star ratings: 5 stars for the writing and 3 stars for keeping me engaged, thereby awarding it 4 stars over all. In terms of the writing, the description was wonderfully vivid, filling my mind with images as well as words, and the weaving together of complex plot and thematic elements was beautifully done. On the other hand, the novel often dragged, with dense passages throughout its hefty 771 pages that made my mind wander. But overall it’s a worthwhile, thought-provoking read. Just plan ample time to finish it.

Carrie Rubin is a physician, public health advocate and writer.  She is the author of two medical thrillers, Eating Bull and The Seneca Scourge. You can find Carrie on her blog, The Write Transition, where she chronicles her transition into the writing world, and on Twitter @carrie_rubin. 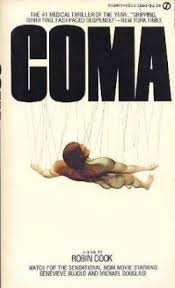 There are certain traditions that go hand-in-hand with going to a beach house. Hair dryers and make-up stay in the bag. Socks are rarely worn. Meals are casual. Maybe you do a little crabbing or fishing, take the kids to play mini-golf and, of course, you go to the beach.

You might already have a book to read on the beach or maybe you do what I sometimes do: take your chances and see what’s on the shelf at the house, a beach house library with a crazy mix of reading options. My choices this year included Gone with the Wind, Fried Green Tomatoes at the Whistle Stop Café, a couple popular mysteries and my ultimate selection, Coma, by Robin Cook.

If you were around in the seventies, you might remember the cover, a naked body hanging from wires like a creepy marionette. This book quickly became a best-seller and was named “the #1 medical thriller of the year” by the New York Times.

Susan Wheeler is a third-year medical student and has just begun a surgical rotation at Boston Memorial Hospital. On her very first day, she senses that something very strange is going on. Perfectly healthy patients, in for routine operations, are falling into irreversible comas. Susan is smart, beautiful and persistent and she’s determined to get to the bottom of this disturbing medical situation. She uses her brains, female charm and dancer’s athleticism to access files, request computer searches, crawl through recessed ceilings and run from the bad guys.

I enjoyed reading Coma. Its easy style and fast-moving plot carry the story, despite its dated feel and superficial characters. You have to read a book like this with a certain anything goes attitude. Unrealistic coincidences abound, characters are a bit stereo-typed and the dialogue is pretty wooden, but the plot eventually takes off and the action and suspense rule in the second half.

There is a great deal of medical jargon, but don’t worry if you’re not a doctor. Since the author is also an MD, I’m sure these descriptions are legit and they add credibility to the story.

Susan gets herself into a lot of trouble, first with various hospital executives and doctors and later with some dangerous characters. The suspense continues to the last page and ends with a little ambiguity, enough to make you just a little bit scared.

I think I made a good choice. The cover fell off half-way through and of course it got wet and sandy at the beach, but that’s part of the fun of a beach-house read, isn’t it?

Robin Cook is a best-selling author of twenty-eight medical thrillers, including Mindbend, Blindsight, and Contagion. Cook says that he writes thrillers because they give him “an opportunity to get the public interested in things about medicine that they didn’t seem to know about.” His most recent book, Cell, was published in 2014.

Coma was published in 1977 and was made into a popular movie in 1978, written and directed by Michael Crichton.  It stars Geniviѐve Bujold and Michael Douglas.

Coma was also made into a 2012 TV miniseries on A&E, starring Lauren Ambrose, Steven Pasquale and Geena Davis.

Check out these additional links for information about Robin Cook: 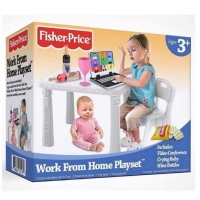 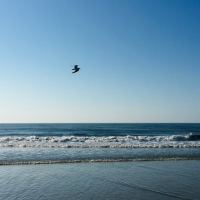 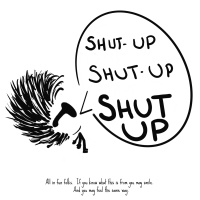 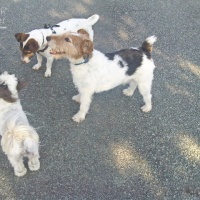 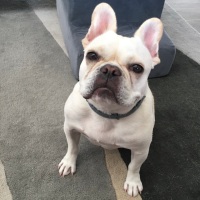 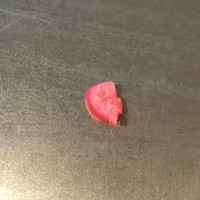 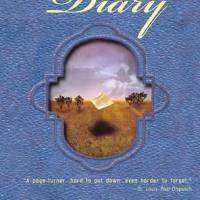 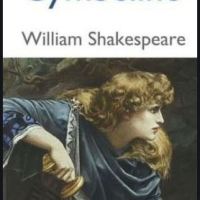